Locanda di Ospitale is a historical inn of iconic importance and value for the Ampezzo people. The inn dates back to the XI century and was destroyed and rebuilt several times in its history. At the very beginning it used to be a herdsman’s hut and only later it became a hospice for pilgrims and travelers. The Church of Ospitale instead can be accurately dated, official documents report that it was consecrated on the 30th of October 1226.

The first owners of the property and the surrounding lands were the Regole di Vinigo di Cadore. However, around 1400, it was acquired by the “Regola Outa de Larieto” of Cortina. At the outbreak of WW1, the inn (under the Austrian rule at the time) was just between the two opposing front lines. At first, it was conquered by the Italian army, who turned it into a field hospital, to then return under the Austrian-Hungarian army’s rule.

During this period the building was looted by the soldiers and seriously damaged by cannonballs. Except for the war periods, Locanda di Ospitale has always welcomed travelers transiting on the road from Cortina to Dobbiaco. Several managers have succeeded each other during its eighth-century long history, some of them are unfortunately unknown, yet each of them has certainly contributed to enhance its history and popularity. 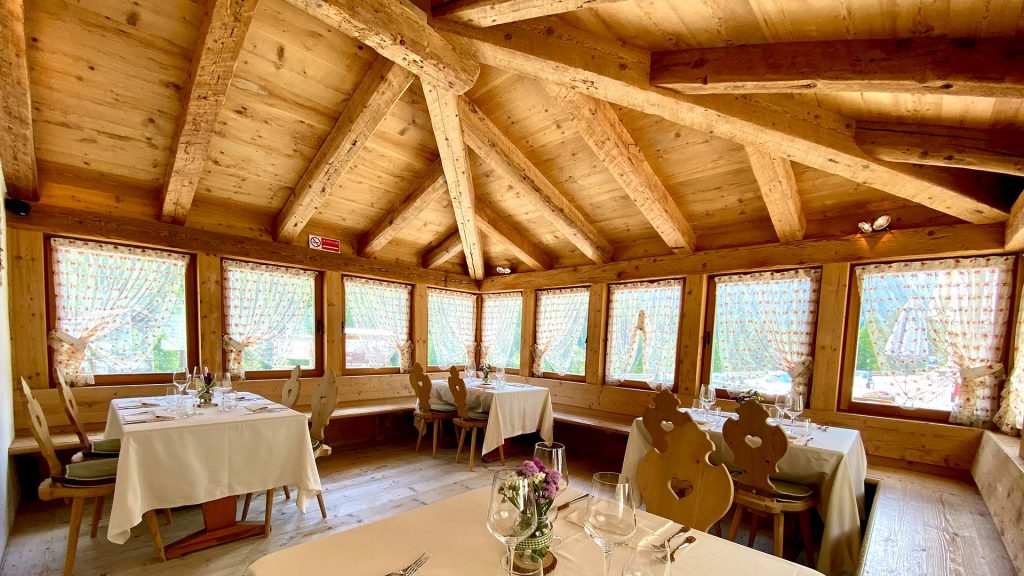 Our family is only the last in a long tradition of innkeepers and the historical awareness of the place makes us feel extremely lucky and proud to be given the opportunity to manage the inn.

We have taken over the business in June 2020 and we are five (not including our staff): Federica in the kitchen, Stefania in the dining hall, Claudia welcomes our guests and takes care of the bar, Alberto is responsible for the management and Luca for the communication.

We are looking forward to welcome you to taste our local specialties, to stay in one of our amazing bedrooms, or just to have a beer together.

Do you need equipment for your mountain holiday?